It’s a part of aging that many of us don’t like to think about but that most of us have to deal with at one point or another – of course, we’re talking about nursing home planning.

The latest statistics indicate that nearly 70 percent of seniors will receive help at sometime during their old age and often it is at a nursing home. In fact, most seniors receive long-term care for a period of at least three years and at least one in five receives long-term care for five years or more.

The costs of this care – particularly if it has not been planned for – can be devastating.

At Commonwealth Elder Law, PLLC , we help ease the costs and burdens of nursing home care. Our Nursing Home Planning service can include:

Naturally, you shouldn’t pursue any of these strategies without Experienced legal help. Medicaid rules change over time and we go to great lengths to stay on top of them. We know Kentucky’s Medicaid rules inside and out.

If you don’t know the rules and make a mistake it could be catastrophic to your finances. Click here to schedule a consultation. 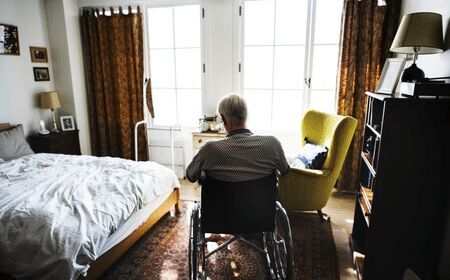 It is a sad state of affairs, but abuse and neglect of our elderly in nursing homes happens on a regular basis, every day in fact. The abuse can be physical, but it can also be emotional, psychological, or simply negligence.

It is a sad state of affairs, but abuse and neglect of our elderly in nursing homes happens on a regular basis, every day in fact. The abuse can be physical, but it can also be emotional, psychological, or simply negligence.

No matter what form it comes in, nursing home abuse is unacceptable and must be stopped at all costs. If you think it is happening to one of your loved ones, one of the best things you can do is contact Commonwealth Elder Law, PLLC.

While there are no national databases that track abuse of the elderly, the National Center on Elder Abuse estimates that each year between 1 and 2 million people over the age of 65 have been neglected, abused, or exploited in some way by the person(s) they depend on for care. In addition, they estimate that anywhere from 2-10 percent of elders are abused at some point.

It is reasonable to assume that as more and more people enter nursing homes, the incidence of nursing home abuse will increase.

Current statistics say that 20 percent of the American population will be senior citizens by 2030, and many of them will be living in long term care facilities or nursing homes.

Some of the common injuries that have resulted in successful lawsuit claims against nursing homes include the following:

In addition, it is sometimes necessary to file medical malpractice claims based on improper nursing home care, such as:

Ensure you save money over the long run as well as get the best care – for yourself or a loved one!

You were there when your country needed you – now get the benefits and services you deserve for that service.

Help ease the costs and burdens of nursing home care.

Build a carefully designed estate plan that ensures your assets are protected and your heirs taken care of.

Get the support and experienced assistance you need to ensure the best possible probate outcome.

Become a legal guardian of someone
who is no longer able to care for
himself or herself.

Make sure a loved one with
special needs is taken care of
in the future.

Our firm offers comprehensive elder law services, including estate planning and probate. To schedule an appointment or to learn more about our firm, call us at 859-780-5748, or send us an email.

Contact Us To Learn How We Can Help Your Family

Talk To A Lawyer